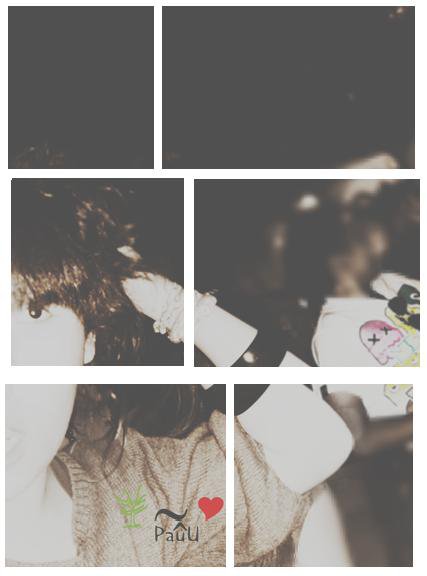 Paulina Ruiz has not received any gifts yet

Mini Saga... 0) The knowledge is not a couple of numbers

1) A student called Alfred was a very intelligent and the best student because was the first in his classroom.
2) A professor named Pedro wanted to have to some extent to better students literally with excellent grades.
3) The student hated to completely the way of his professor's teach because was heartily cold with his students.
4) The professor always tried to understand his student but sort of he couldn't.
5) Alfred didn't study and for sure didn't pass his exam, thought the… Continue

What i did in March?

Well, March was exciting I did a lot things and how I said in my last publication about February, March is my month because in March 20 is my birthday.

First of all, I started being responsible to improve my grades in the school, thing that I got, because all my grades were very high than the first ones later I started going to football and my workshop school; second for my special day I thought to do something for my birthday but nothing was coming to my mind, so I asked with…

This February was crazy, first of all I think that I could do my best in the school, but I preferred do and worry about others things.

At first of my February I was thinking that January was so fast but now I think the time it’s very fast because we are in march also in all my February I was thinking that I wanted that was march for my birthday.  I was worry for valentine's day, later I knew that was just a commercial day and I was more with my friends even though I saw all couples I…

Mini-Saga: Reincarnation and Past Lives :)

RUIZ = The reincarnation it’s true because we had the past life.

A Man believes in reincarnation because he thinks he was a cowboy before.

A woman thinks the reincarnation its true because her boyfriend convinced her.

The man wants to be Leon when he reincarnated.

The woman tells the man that she was a she wolf.

He believes in the reincarnation his girlfriend.

Welcome Everyone!!!!! this is Pau's page!, here there's freedom of expression, can write everything you want ♥ :)