This month was awesome, I have been studying a lot because this semester is difficul, but I doesn´t matter because I love study and improve my skills each day. Actually I started my second parcial examns, today i had exam of english and media.

I feel that I have been improving my reading skills thaks to READING PLUS, now I can read faster than before and I can understand everything. I am so happy because I think that the next TOEFEL exam is going to be better than the last…

This month was awesome, it was really fun, I liked the time when the candidates for the generation lieder gave us a lot of things, such as t-shirts, USB, water bottles, food and lots of games. It was a hard decision, I needed to vote and I did not know who to choose. BEAT, GREEN, SMILE or F’E? A very difficult decision.

Partials are almost here so I have been studying for them. Another month in this is school; it has been very fun, I like it. Hope stills like that. 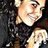 My february was really nice, because it was valentines day, on february 14 i went to my best friends house, we celebrated there! On february 22 i went to a restaurant with my friends because was my Birthday, so we went to eat, after taht, we went to the movies, and finally we went to dinner and we stay there celebrating. Today is the last day of february :( and we are studying because partials are coming ! So please make our patial test easy jaa.

This February was crazy, first of all I think that I could do my best in the school, but I preferred do and worry about others things.

At first of my February I was thinking that January was so fast but now I think the time it’s very fast because we are in march also in all my February I was thinking that I wanted that was march for my birthday.  I was worry for valentine's day, later I knew that was just a commercial day and I was more with my friends even though I saw all couples I…

February was one of the best motn  i have had becuase First its represent de the month of love and on february 14´i went out my one of my best friend and the funny thing is that in thatd day we were in her car like two hours looking for a place were to eat dinner and finally we decide to go to abeautiful restaurant called italiannis and almost at 10 both were leaving the restaurant.

On February i did a lot of interesting things, but i will write just about the best. On february 13th i present my boyfriendo to my father and that was exciting, because now i can go out with my boyfriend with permission of my dad. On february 14th i went to La  Salle to visit my best friend, because i had 2 months without see her. On February 23th i went to the closure… Continue

This month´s been a hell of a ride, I mean its been tough and I´ve decided to take more care on school, because when it comes to school Im a little distracted, but I want to make sure this partial to be better than the last one. This month I discover I was good at a lot of things in and out of school, Febreuary was also "The month of love" although I receive no love... I really enjoy the valentine´s fair and how everybody put particullary effort on their stages.

This month is the best month because today 28 is my birthday. The valentin's day I was in TEC but I was very happy because I was with my friends and we went to 2 parties. The month is very good for many reasons.Although the quizes aren't good but february has been good. =)

This february was an excelent month, it was very excited and I enjoy it a lot.

The best thing that I did in this february was my travel to acapulco, i went  to see a Professional Tennis Tournament, the "Abierto de Acapulco TELCEL" is the most important tennis tournament of latinoamerica.

This year two of best tennis player Fernando Verdasco and David Ferrer who win this and last year tournament.

During this February I was really busy, because in the afternoons I had to come to Ceneval clases. In the school I had some extra activities that were interesting, like a conference about bussiness, a sexuality conference, the dance festival and the leaders campaings, which were extremely good because they gave us many things like t-shirts, caps, cds...

San Valentines Day was fantastic because I received lolly pops, chocolates, tedy bears, roses, letters and hugs; in my school I spent…

During this month I did many things that I enjoy a lot, I went to have a dinner with my friends, went to parties, and went out with my parents. All that things were fun, but I think that the day that I enjoy the most were the love and friendship day because all my friends gave me things like chocolates, letters, etc.

This month were to shake because the campaings for leader of the new generation, Valantines Day, etc.

This month happened to be just as I expected. And since I lived in a routine, february lasted like ten minutes for me. The routine I have been living on this month is really simple. I get up at seven o clock´on the morning, I look the hour at my watch, and sleep 10 more minutes. I get up again, I wash my face so I won´t fall asleep again. I change my clothes, then I go downstairs and grab something to eat. I eat while driving to school, I always make 10 minutes from my house to the school. I…

This month I learned many good things, but i think that the most interesting thing that i did this month was to present my test to the university, i want to study medicine, specialty in cardiology  in the best school of everyone. The military school, is the best university to study medicine in all mexico, there you have many activities to practice, like athletic, gym, kick boxing,karate and of course they have the best laboratories and the best profesors of all…

February was a good month. I celebrate Valentine's Day with my friends, we went to dinner and had a good time. I also celebrate my best friend birthday. My friend and I made a surprise birthday party for her and she was pretty excited. Also i enjoy the break we had about 2 weeks ago. I went to San Cristobal with some friend that came from Df and show the around a little bit. This month was the Super Bowl. I watched at a friends house with a lot ot food by the way. I enjoy this month i dedicated… Continue

February is alwas a good month as it goes by quite quick, it is also busy at school because we get less time to learn the same amount of stuff we would normaly study in a longer parcial but anyways we had st. Valentine's day and it was fun, we also had a long weekend which is always nice as i get to stay one more day at home on that weekend i whatched the super bowl with my friends at my house and we also made a bonfire.

this month wasn't boring at all, three of my friends had their birthday parties, and all of them in this month, it was fun, at the school there was a day when the generation leader candidates made their campaign and there was a lot of food and games, the single boring thing was the valentine's day, because I don't have a couple to share this day, I know that this bloody date is just a promotional an publicity issue, but I am human and i can't avoid the little sensation of lonelyness, specialy… Continue

February was an exciting month, it was full of surprises, BIG surprises. By the way, such a heavy month talking about school because the second partial exams are coming, and i it too difficult, i think i´m gonna fail one subject, also i am anxious because the football season is coming thats why im putting efford at gym. This month is the month of love because it has Valentine´s day. I past that day with my friends we did a lot of stuff and then at night we dinner. in the end of the month i… Continue


This was an excellent month, and it passed very fast. Tomorrow it's going to be the second partial exams, and i'm kind of woried about math because it's difficult to me resolved the problems. Also, I began to make the exercise of the reading plus, and  it's very good because if you do it always, your english it's going to improve every day with the grammar and the reading. I passed a good san valentine's day with my… Continue

This month was awsome because we celebrate Valentine's day, where people take a chance for demonstrate feelings for their love ones.

I recieved presents from my BF's and also I did the same to them; there were many anonymous confessions for my girls and I.

But at the same time there were tragical situations inspite of that with God's help everything can be possible.