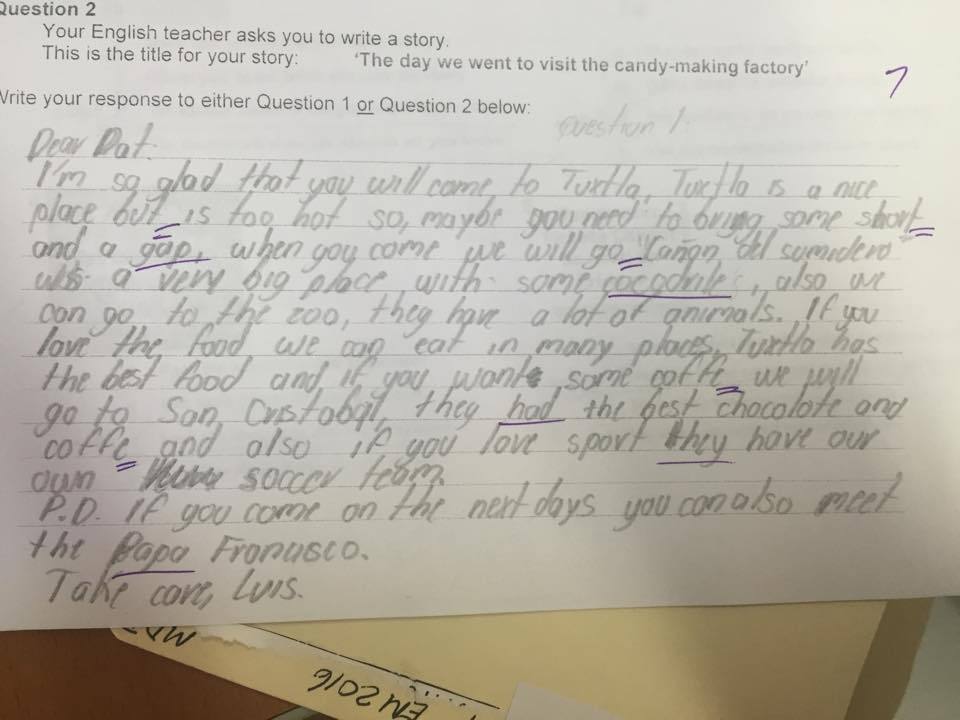 The day we went to visit the Candy-making Factory

The day we went to visit the Candy-making Factory

Two days ago we went to teh Candy- making Factory. It was so cool because we see the process to make pices of Candy, chocolate, etc. The course lasted like 3 hours. We visited all departments and when it finished the workforce gave us a lot of candies.

Writing from the Exam

I think is relative, if you talk about education can be a lot of points of view, for example: you can say that today´s life of teenagers is easier because they have internet and they can find faster the information they need, but they also have to study more, because the world is in continuous changes, other point could be that  they have less opportunities because we are more people. So i don’t think is easy or hard, i think is relative like in the same way if we…

Love is the strength that could make impossible things possible. Love is a human illusion that makes you do things you think you’ll never do for someone. You can feel love for your parents, your Friends and if you have a relation, well the person that is with you.
Love can sometimes (almost always) hurt people but if it hurts it’s because it matters, and you come to this world to live, to try new experiences. It´s better to be… 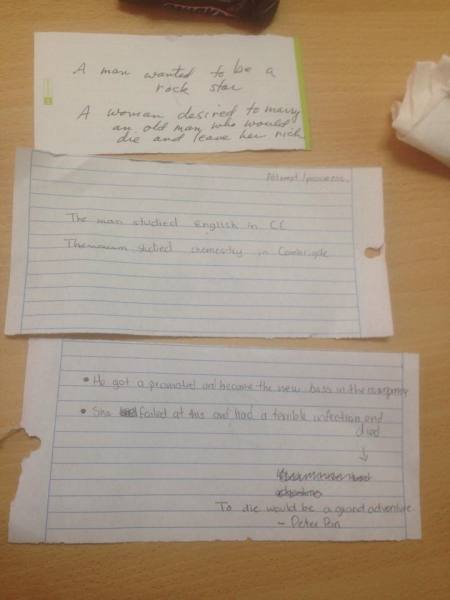 Love is a weird feeling because sometimes is good and sometimes is bad. Is when you love another beyond all reason,unconditionally. You love this person through all things,good and bad. There's different types of love like: the love you have to your family, friends, that special person and even to your pet. Love is a wonderful feeling but when you don't receive the same love from that person you care about, is the worst feeling in the world.

I think nobody can define what is love, is a feeling that depends of each one and from what.

Love can not be defined because the only thing you can say about it is how you feel. but a big problem with people is that they believe really feel love when they feel another feeling

Well if you ask me what is the love I can say it is a feeling of affection that you have to someone who means a lot to you.

In my opinion you can´t love an object, you may like it but it is not…

This is my mini saga 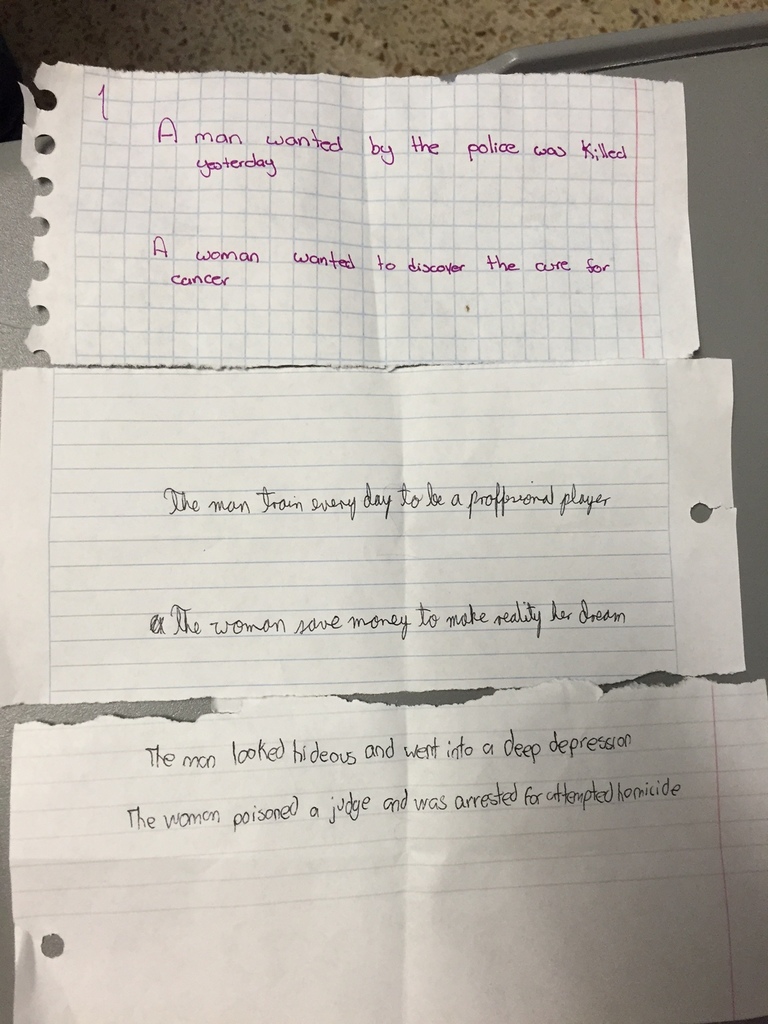 Love si the base of everything, with love everything can be real. Love si the thing that makes the world a better place and every people too. Love is a feeling, like i love my family be acuse the are always for me. I think that todays teenagers have an easy life because the techonology that makes everything easy and everyone smarter. The technology of today is the best in years, it grows more and more everyday helping everyone with their lifes. Kiss at this age are more intelligent because when theynare little their parents starts teaching them everything about it

WHATS IN MY NAME? 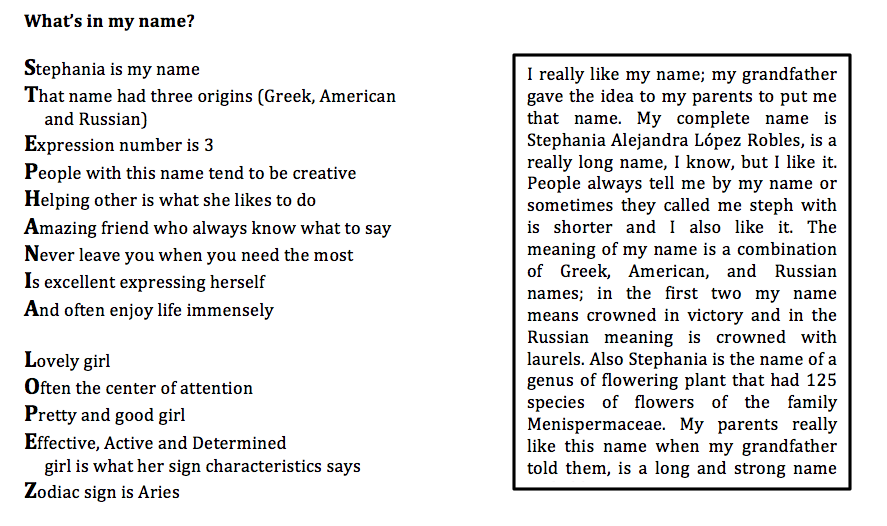 He became a superhero with english expressions.

A man wanted to become a superhero

A woman wanted to marry a super hero

It was a normal sunday, my brother and I were heading with my family to Sams and he was bothering me, I was little so I got angry and in a moment he gave me a scat, that's when things got serious, so I started chasing him all over Sams when I don't know how, I punched myself with a pillar and cried my eyes off, that's the day my nose got damaged and I can't breath normally anymore.