Boredom is that person thaat's always there and unoticed. He comes once in a while, but when he comes, he doesen't do the much. When he tries to do something we try not to fall asleep, but it's ok anyway, he's not that bad, he just tries to have fun with us, despite him not trying to do that all the time staying quiet.

Panic is a Little monkey that is afraid of everything, he thinks doing thinks he don´t know is something really bad, he imagines everything is bad for him, and that he is the only one he can trust in, everybody else might be thinking of distroying him

Joy is an important quality in our life because it has the enough power to make us happy or miserables for the rest of our time on Earth, It makes you a good human, enjoy the good things and learn from the bad ones, it is like the salt on food, it makes the difference, of course, sometimes is good to feel angry or sad because we have to feel different and live different experiences and emotions, if we didn´t do that life would be so boring and frustrating, that it the importance of qualities…

My glass is half full and this is a little metaphorical because depending in how you see "the glass" is your perception about life. I f you look at it half empty probably means that you are a little negative talking about some aspects but if you look at it half full you maybe see things with emotions, positivism and like a new opportunity to try different things.

Life is too short? I think that this depends in how you live your life because, if for example, you are almost all time…

What if... you met someone you couldn't stand at a party?

First of all, if you want to make a difference, you have to be polite; even though you can't stand that person, that doesn't mean that you mustn't salute him or her. Then, you proceed to make a little question like "how are you?", listen to his or her answer, answer back, and finally go.

Is life too short? I personally think life has time enough for people to do what they came to do. You are born, learns to speak and walk, go to school, make friends, discover who you really are, have a relationship with someone, learn to play and dance and sing, go to university, leave your parents, get married, work, have kids and once they get married, reflect about your life.

In my personal opinion, I like fireworks a lot, any kind of them. How they soon sometimes scare the hell out of me, but the way they explode is always (or usually) amazing. Also, there are many kinds of fireworks; the ones that can't be seen in the sky like shiny lights, but they sound like a ton of dinamite or the ones that can be seen in the sky and also sound like dinamite.

Half empty or full?

Is your glass half empty or half full?

It's a question that makes you play with your imagination. You have to look either to the positive side or to the negative one. You can say that you hate someone, or that you simply don't agree with him. It all depends on the posture you have.

I would say a glass is half full, because the water is what really matters. It's the content. The empty part is history.

This short film is amzing. They have a lot of supense and although predectible, the short have two unespected sorprises, for the simple reason of hide a toy spider.

The smallest in time of the three shorts, this short will deserve a guy with a "portal". The portal is very useful for him but, a little error, leave it closed in a safe.

This film I liked a lot because it gathers a little of everything, it puts suspense, plot, comedy, and others more. I had not seen a movie before like this.

I understood that it was a couple who were disgusted and the guy was looking for a way to make peace, but the girl becomes the difficult, after a while the guy manages to satisfy her thanks to some chocolates, but he made a joke, scared her With a lying spider, and when… 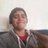 I'm not a huge fan of fireworks, but I admit sometimes I like to see them. See how they explode and that stuff is beautiful. I like to see the bright colors. Something I don't admit all the time is that I love watching explosions, and I'm not talking about Michael Bay explosions, I'm talking about huge beautiful explosions filled with fire and dirt and small pieces of something. Fireworks aren't the same because they are pretty colorfull sparks, but I sometimes think of them as small sparks…

I like fireworks; I don't know why, but they are nice; also is good to say that are not something special or incredible to me, but they look nice on a wedding or in New Year's Eve.
Something I hate about them is the people who play with them on the mornings near my house. Why they think?

The three videos I found very interesting. But the one I liked the most was "Spider", it taught me that not all places are to play. I was in class online when I saw the video and when they ran over the woman I screamed. LOL The actress of "Signs" looked like Zoey Deschanel, was very attractive. This brief story seemed very cute. The shortest was "the black hole", but it was still fun. I remember seeing a movie in which there was a hole in an office and into another dimension. I…

The videos we saw, are videos where you have to think about accidents that happen in your life or unexpected moments. The video I liked the most was "song" because it shows us that many times the work…
Continue

I think that the anger sometimes is a healthy emotion, because you need to allowed the Anger leave your life.  But if your always angry it´s bad for you and for the persons that love you, you can ruin many things only for being angry and also you can ruin many lives. We need to learn how to control our emotions and don´t let them ruin our lives. That would be the best thing with a risky emotion like the anger.

I love fireworks, they make me happy. Sometimes they smell bad but they´re beautiful. Also Katy Perry has a song named "Fireworks" this is one of my favorite songs

I impressed myself a lot with this, I never would imagine that the end were that creepy but at the same time I thought that it can happen to everybody, except the thing of the syringe on the eye (it can happen) but it is more possible the car thing.

Sign: It was like a little "sweet" in comparison to the others short films because it tells about how two guys met each other against the work places and they talk with with papers.

Today the teacher asked me to make a draw based on one emotion, and the one that I choose was anger. Why? Besides the fact I know a lot of nice images based on anger, I sometimes have the feeling I the most internal ways. I admit it, I'm angry most of the time, but I'm not a bad person. I prefer to be beaten before beat someone. I'm angry for a lot of reasons: because sometimes I make mistakes, other times I get angry with other people's attitude (and they sometimes don't even make me…

Sensuality is a pretty girl. She always lights up the room when she arrives anywhere but she is never trying to attract attention. She is always using something red and moving freely in any situation.