Verónica Gordillo Solórzano A01171184
Negative effects of television
Television is a entertainment to general public, has good things but, What happen with the negative effects?. Television is important tool for many things, but no is good when we watch for longer hours that screen, in the actuality children tend to do that every day they spend at least 3 hours watching television, this is so bad and is very worrying.
Something negatives effects of television are the… Continue

In a village in Japan, … Continue

This month was very good for me, because I improves in some subjets en the school, that are dificults for me. The most happy is that come holidays and I am going to Mexico City. :) Rob was around the lake and saw how Jess died and he commited suicide.

So if Jess didn´t tryed to…

This march I have, once more,a low average grade on second partial. so  i needed to improve my grade to this partial and i tryed to be a better student.

was in this month when I broke up with my BF and I felt so bad because I became to feel so alone once more, but I should forgot it and go on and I couldn't go down with my grades and Paola helped me to don't be depressed.

And it was the most important act that I lived on March. Then I had some problems with my parents but…

The man couldn't fall in love

The woman should make him fall in love

The man shouldn’t give her an opportunity

The woman couldn't make him fall in love

The woman should conquer his heart with a lovely kiss.

strong man: yeah! im too strong! now i can bother everyone.

skinyboy:  yei! is summer and is time to be strong

strong man: JA! you can see that skinyboy? i will bother him!

skinyboy: STOP! wait one month and i will kick your ass

An architect named Helena wanted so much to be the best in her job. She worked so hard every day and all but reached her goal. Now she's one of the most important architects in the world.

the man whom the woman knew my English teacher, whose name is Luis. Luis who has lived in various parts of the world has decided to settle in Miami.…

March is a simple month t me because was kind of boring, well I mean that I don’t make something important well yes I celebrate with my girlfriend our special day.
I brought to her a beatifuk teddy bear and a ot of love so was kind of a pretty moment.

A person is always here by his friends
A man never thinks in not going to a party
A woman always think to have a handsome man
He decide to go to a party
She decide to get and love him
So what with inferred of this is a love story.

The engineer lost the job because the house was too expensive so he got a mental disease and he went with a psychologist.

Jesus at the end loved the psychologist

Well I didn’t so much things, I just was in my house playing the guitar and piano, then I went with my friends to a party which was very boring, after that I went with my parents to a Restaurant and in the end I stayed in home studyng for the thirds parcials, that’s what I did the first week, the others weeks I was in exams and then I went to San Cristobal

This month was not so good however it wasn't bad... i did my final project of emprendedor which was so hard.. my team and i didn't sleep good because of the hard work... first we decided the place for our shop... after we had to choose the packing of the product... it was funny. I really didn't do so many things like others months. I hope next month get better.

well i dindn't do so much in march

well in this month i went to my dentist, i haven't went there because i'm so lazy any way, i went.

then on sundays is the family day so all the sundays we ffound what to do (my dad loves to swim so we decide to go to a ranch called "las limas" its a nice plays; yu can play football or swim, and you can eat there, we stay there for 4 hours, from 1 m to 4 pm.

A man always wants to be the best

A woman before met a man was in peace.

The man after met the woman he fall in love whit she.

The woman never thinks that she will married with him.

He went to his house to propose her to be married.

The men feel stupid because now his not the best anymore. 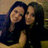 Well, and we know when someone considered then best friends they think this will be forever. Not in all this cases this happens and for the ones that happens they could consider themselves lucky. Friendship is something at least I would like to preserve forever, grow up with my friends and at a certain age raise up my children with them and tell them "Hey kids, they are my best friends since kinder garden, friendship is forever" but I can´t say that, things change, life does, and so people. My… Continue

This month wasn´t so interesting like past months, another month, common and boring, stressed but at the same time I enjoyed it. This month was all the stress of my ballet rehearsal, this was on april 2nd but all march was the month in which we were looking for the final details, but that was so quickly, we didn´t have our ballet costumes, at first we said, "well, we had all the month", but in a blink of an eye the month passed and we still have nothing so everything was very stressed because… Continue

Coco was a female dog that had two little puppies, the name of those puppies were Slash and Jack, when Slash grew up he traveled toTuxtla Gutierrez with his new owner, the new owner was PacoRock, he went to the airport in order to pick up Slash, when they saw it was first sight love, they became best friends quickly, Paco Rock took Slash every monday to the park, they ate ice cream, bought balloons and stuff like that, but one day Jack arrived to Tuxtla to visit Slash and he asked Pacorock…