A HALLOWEEN STORY: The Plague (Part 2)

Darren decided to try to sleep so he can have enough energy for the next day, because he knows it will be a long one. Despite all his efforts he had a though night, he hardly slept an hour, because he though all night about a solution or something he can do to get out the humanity from this hell in life; he woke up the next day with his grandpa´s advice in his mind, at that moment it was the only thing that avoided him to give up and leave his life in the hands of God.

Hi, my name is Lucy I’m six and a half years old and I’ve lived in Willoville since I was a baby. Willoville has always been peaceful and kind of boring at least until a few days ago. I can´t explain why but there’s something weird going on. It all started a week ago, I was coming home when I found a dead pigeon on the sidewalk; it was a creepy and horrible scene, its body was shattered and had maggots all over, it definitely didn’t die of natural causes. But it didn’t end there, days later…

The news don't say anything about what happens outside until it's too late. Darren found out because of his uncle, who worked in the laboratory where it all began. A simple lab rat escapes, and hell begins. Soon, all animals in farms and fabrics were infected. The first sign are the black eyes, then, the desire to attack and kill everything around you. Darren knows because that's what happened to Zeus, the family's dog. He was a german shepherd. Dad had to…

The story you’re about to read happened a long time ago in a small village called Willoville. One of those places were you could spend your life without complaining My name is Lee and ever since I can remember this town has been my home, the safest place on earth. Everything about it was comfortable and peaceful, that is until the day the Hankercroft family arrived. I was sleeping when it happened. I had had a nightmare and awakened on my dark bathroom. The sound of a car pulling over at the…

Greed has no face Part 1

It all started on May 8, 1989. As usual, I went out to celebrate the independence day of my country with some friends. May 8 was a very important day for our country, Gondem, it was the day the people were freed from their oppressors, or so it was believed. Years after the independence all was peace and quiet, until the day that the "Gondem Democratic Party" took power. We were all promised a democratic country with freedom of expression and free from danger. What happened was just the…

It’s said that the politic system in Chiapas in the actuality is one of the most corrupt systems in this country, because it´s like a web of lies and every single thing the politicians do is for their own good, and they don´t even care about what happens to the state or to the people in it.

And it’s known that now Chiapas is the second state in Mexico with more debt, and it’s calculated that this debt is more than 40,000 million pesos after the government of Juan Sabines, and some…

This October 07 2012, children, youth and seniors went to "Caña Hueca" park to activate their bodies. It is reported that all of this people actively participated in the "Physical Actively Fair for Better Living 2012". It is said that coordinated by staff of the Directorate of Physical Education and Sports School Indeporte, all the participantas began the program with a preheating walk. After that, it's been told that they officially started to run on the track. It is informed that this kind…

During a cold and dark winter night, Susan was crying in the street. Everybody stared at her when they saw her passing by. Joe had dumped her at the thanksgiving party, now he was her ex-boyfriend. Susan, with tears in her eyes, left the party and went her own way back home.
As she was walking, rain drops started to fall and hit softly her skin. The feeling this rain drops gave her, made her feel even worse 'cause she remembered how much Joe loved rainy nights. Just two blocks from her…

Three friends who didn't have much money were standing in the park. One of them, the oldest, was drunk because they went to a bar last night. They couldn't make their way back home, so they slept in the park. In the morning, the oldest man was sad because his son was mad at him, he was the reason why he had drunk that much. His friend was helping him through his hard times. The other man, the brother of his friend, was running late to his job so he was packing his stuff in a plastic bag. At…

All´s fair in love and war

Of course she is there, every day is it. Is always sitting in the same place at the same time, she took a seat and ordered a coffee (as usual), and she is going to end, and will probably be back the next day.
It is still unknown why they come, because nothing seems interesting to her, except for her coffee. I wonder if someday she will do something, to change that routine she took each day.
Perhaps this urgency is based on the fact that I did not know her; what struck me most was the…

During a starry night, in the immensity of the trees of a forest outside of some little town, a woman, who was wearing a scratched dress, was laid on the thick and humid grass that was infested of strange insects.

She was getting really cold because the wind was able to penetrate the dress until it touched the woman and also some mosquitos were practically suctioning most of her blood.

The further adventures of Marco and Juan

Marco and Juan returned to their home, and they wanted to tell everybody about what happened in their trip, especially Marco who passed a better time than Juan.

The first people that they decided to tell their story was to their friends of the school. After they told all about their trip, including the moments that Marco passed with Ana, their friends started to laugh very laud because they didn´t believe almost anything about their story.

That put them very sad and confused:…

A new tapir in the zoo.

A tapir named Paquita, from the the Zoo “Miguel Álvarez del Toro” is going to be a mother for her fourth time. It is said that in three weeks, there would be a new tapir born in captivity.

Paquita is one of the girl tapirs that lives in the zoo, but her first born in 2011 died because of some respiratory problems, that is why it is really important for the zoo this new pregnancy from our little tapir.

After a year, Daniel, Maria and Alan met again in the same trip, but this time, they decided to go to Egypt, because they really wanted to learn more about history, art and their culture, they thought it was really nice and interesting. The trip was planned to be 2 weeks, and they were going to see every pyramid. The first day, Alan forgot his camera, so they weren’t able to take pictures, but the next days they had the best week of their lifes. They learned a lot, had a lot of fun and…

The further adventures of Ray and Lucy

"Good morning, America! Today we have a special program; Ray here and I are going to the mysterious forest. We hope you'll like it"

"WOW, the forest is really big, let's see what we can find in it" said Ray.

"WAIT! Is that a giant squid?... Quickly, John, are you recording it? Jesus, it's beautiful!"

The further adventures of Fernando and David.

After their L.A trip, Fernando and David decide for their next destination; Italy, a place they both have always wanted to meet. They’re both very interested in Italy’s culture, and they also want to try delicious Italian food and visit the Coliseum. Their parents are not going to pay for the trip this time, though, Fernando and David will have to get jobs if they really want to go there. It’s not as easy as it seems because they’re both art graduates, and they’re not sure if they’ll be able…

When I left the facility people were fighting everywhere, you could hear guards calling for help and back-ups. Something about the scene was wrong even for me. All this time I had been a horrible son and distasteful person, but that was never mu intention. All I've ever wanted was to live my life in my own way, without my parents telling me what I should or shouldn't do. I don't know how long I was standing motionless in the center of the penitentiary yard pondering about my life while…

Without money they thought anything could be worst when it started to rain. They were really disappointed and decided to stay in an old and little barn, it was really dirty and were tools everywhere but at least inside they wouldn´t get wet. Hours passed and it was still raining, they were trapped. Everything started to get stressful, there was no television, music nor distractions and everyone was mad. When the night arrived the rain had already stopped but Lisa and Carl were sleeping…

Last week at the beach, an ugly boy had a car.

The boy crashed his car.

He felt so bad, he started to cry.

The boy proposed a solution, saying that he was going to go to the mechanic to fix the car.

He went to the mechanic, and he explained it was his father's car.

He touched the car and felt how smooth it was, but he saw that the door was destroyed. 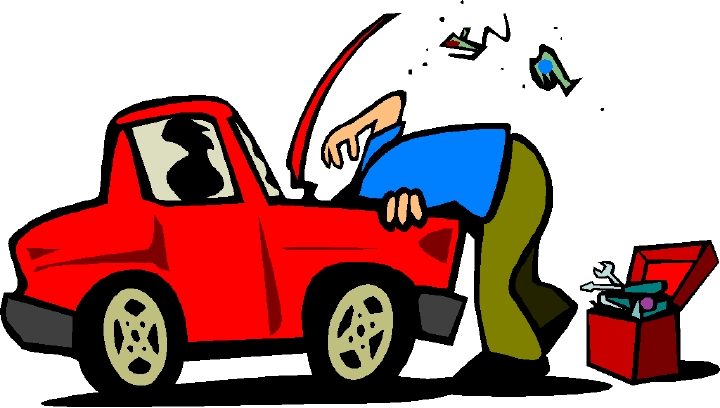