Hello my man, i know that it’s difficult to see you in the future, but believe me you will be ok, you are happy now, you will graduate from high school and university, it not going to be easy but you will acomplished that. In my present we have our own design enterprise, and we are helping the environment with our creations, we have a nice house, you have a wife and two children that love you, forget all the people that you known in the past, it doesn’t matter, focus on your family, they are…

Once upon a time there was a kid that everyday dreamed that a tall men with no eyes treathened him that if he doesn't gave him the eyes he will not dissapear, one day this kid stopped seeing the strange man in his dream, but when he turned aroud and see his own body layed in the bed with no eyes he realized that the strange men got what he wanted, now this kid appear on the night looking for new kids eyes, that let him see again.

When i was 9 years old, i wanted to do a magic trick die my dad, i was very happy becarse i had it all planned, i was going two pearls from a bracelet and put one pearl in my hand and the other pearl on my other hand, and i was going to pretend that i was passing the pearl through my head, but i accidentally dropped one pearl in my ear in front of my dad during the magic trick but when i tried to put it out it just get more stucked and we had to see a doctor who helped us to pull it out, the… 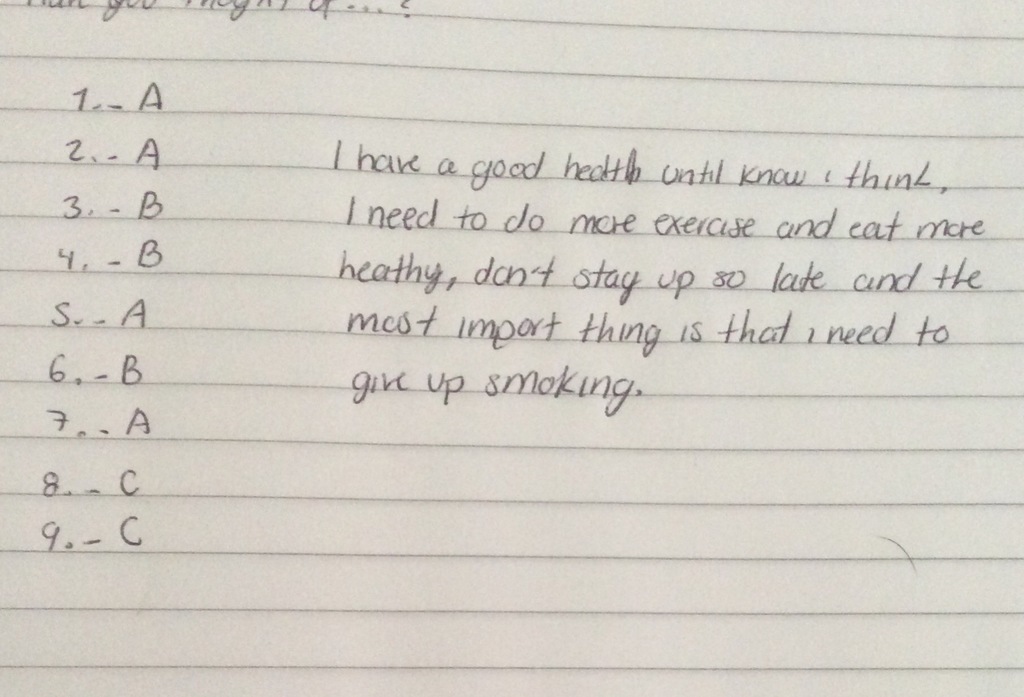 the kid tried to scream when he realized about the situation, but the men calm him down, that he will not hurt him, when all was in control both go out of the house and talk under the old tree. The men had forgotten all the imagination that he had when he was a kid, and in the other hand, the kid hear very closely all the advices that his “older me” gave him, after a long chat, both of them start the search of that compass, because mysteriously it had disappeared no one knew where it was.

Real or not real

Believe it or not, this photo is real! Was captured in the precise moment in the city of Michigan when 6 thunders hit the water.

There was a men, walking on a road, trying to find an old house, were he used to live when he was a kid, because he hide something very important 10 years ago that will help him in the present, but when he open the door he saw himself as a kid, and realize that he traveled in time.

1.- Reflexive verbs: A verb is reflexive when the subject and the object are the same. EX: I wash myself.You brush your hair before going out.I see myself in the mirror.

2.- Phrasal verbs. A phrasal verb is a verb that is made up of a main verb together with an adverb or a preposition, or both. Typically, their meaning is not obvious from the meanings of the individual words themselves.
Example: He walked in and sat down.I asked around but nobody has seen my wallet.You'll have… Continue

In 1954 a men called Flavio Marino who carried a secret briefcase arrived to new York to give this secret briefcase to his brother Angelo. This briefcase contain a very antique painting of the Marino family and the profe was for millions of dollars. Arriving to New York Flavio was beaten by a group of men and the y stole the briefcase. After this, Flavio called his friend Luca to help him find this painting both were high trained military members. After all the search they found the painting… Continue

We are only humans

3- It happen's with my sister all the time.We walk in the mall and she always stop to look stores that sells books,paintings,furniture and stuff like that,so when i ask for her opinion of something i been talking about, i realize that she is looking at something far away from me,it's very frustrating