A doctor and his patient were at the hospital, the doctor told him "I have two news" a bad one and a good one. Then he said tell me the good news, the doctor said, you have 24 hours leaf of live and the bad thing is that I forget to call you yesterday.

The boy no longer knew how long he had been walking through the dark and infested tunnel, he was beginning to lose his mind. The only thing that kept him sane was that he could see the end of the road and smell the putrid gases released by the swamp at night. The temptation to run away was overwhelming, it almost hurt to hold back. One false step and the monsters * necrophiles would listen to him, making all his effort was in vain. The boy, almost involuntarily, hurried his pace, kicking a… 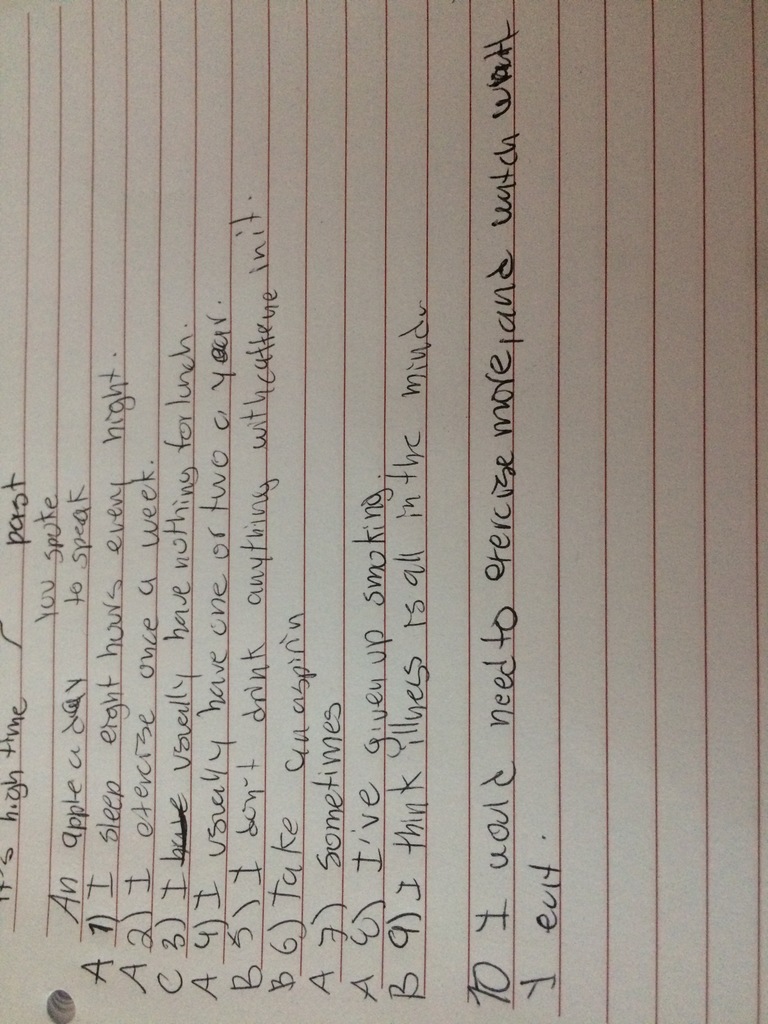 55 words using participles as adjectives and in reducing clauses.

I have a neighbour that is a kind person, i like to play soccer with him. When I First met him, i thought he was a bad person, then i start playing and taking with him and i noticed that i was wrong. And i understand,The man living next to me is kind.

When I was 12 years my dream was having a kangaroo as a pet. The only problem was that kangaroos dosent live in Mexico. A kangaroo is an animal which lives in Australia. If i had a kangaroo as a pet, I'd buy a bigger house. I really love hangaroos because they are cool.

12- Curiosity was sended to explore mars.
22- Rascals surprise is a dog toy, ben is a dog.
9- The Louisiana territory is very big, and it was from France.

This young man suffered a burn on his face,I had never seen his face before it burned with fire.

6.I felt angry because I had a lot of time waiting in line, and the food service worker first attended a lady, just because she said she was busy.