I think That its going to be an excellent movie.
In The movie Will appear new characters.
I Will be watching The movie un The movie theater.
The movie will have excellent visual effects

* Bypass: avoid something unpleasant or laborious

*Capricious: determined by chance or impulse rather than by necessity

*Cynical: believing the worst of human nature and motives

*Alliteration: use of the same consonant at the beginning of each word

*Ambiguous: having more than one possible meaning

*Benevolent: showing or motivated by sympathy and understanding

1. Places that make me happy

4. Things in people which I…

a day in my life.

he wakes up at 6 in the morning , then goes to bathe to get ready and go to school, classes begin at 8 am, the first class to have is methods with salif teacher, after that class has integral calculus and differential calculus , finally has the best class of…
Continue

Its been a long time since the last time i saw you, we really need to catch up. Please, tell me how yout family is, these last few days i really have been missing you guys. I hope you can come soon. Also, how is everything there, tell me about your new friends, The city, everything. Here things have been pretty much the same. Ira been kind of lonely because most of my friends are out of town; i cant wait for the moment when i go away to university, my only problem its that i met someone, a… Continue

Love is an incredibly powerful word. When you're in love, you always want to be together, and when you're not, you're thinking about being together because you need that person and without them your life is incomplete. 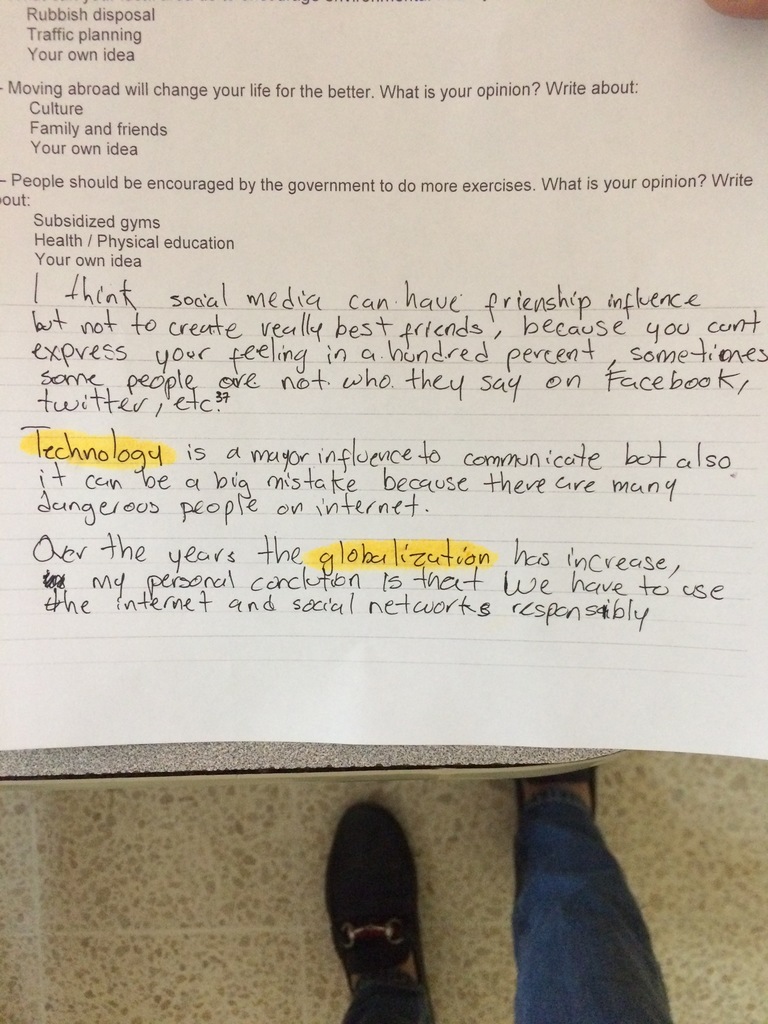 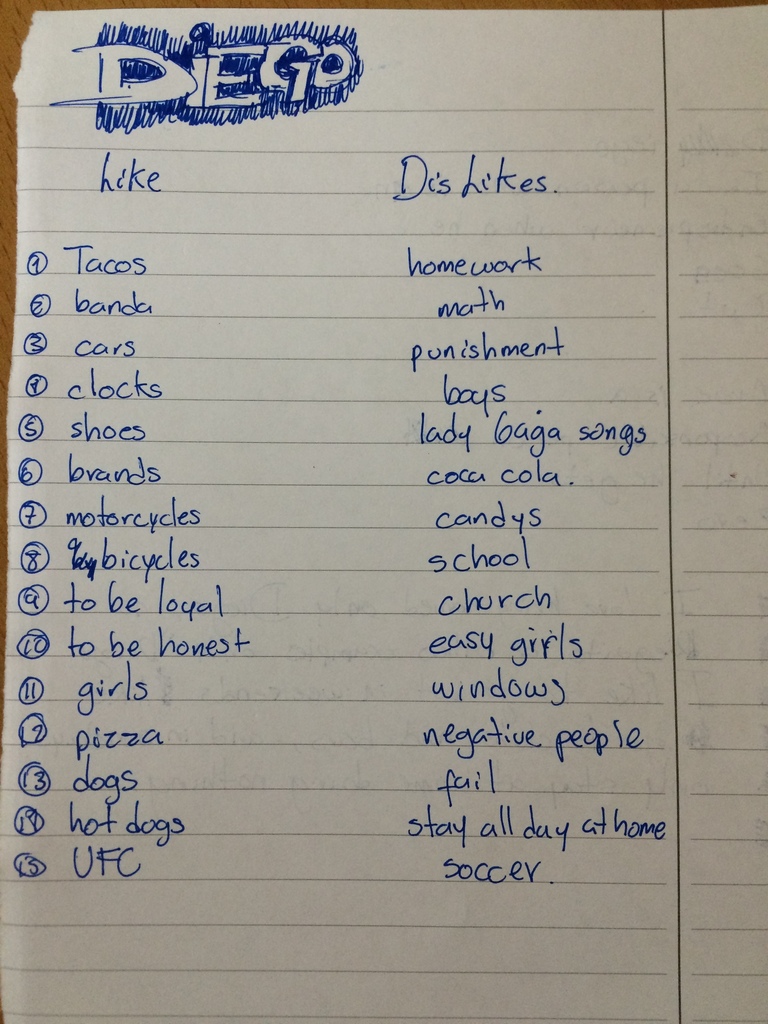 Cruz is a
Responsable person
Until he gets
Zero

intruguing: Interesting because it is unusual or mysterious.

jaunty: Showing that you are happy and confident.

obstinate: Unreasonably determined, especially to act in a particular way and not to change at all, despite argument or…

I Will always love you

I Will Always Love You

Performed by: Whitney Houston in The Bodyguard

Anouska was born on September 13, 1943, his birth name was Anne Geissler and then took his artistic nomnre as "Anouska Hempel" is a actris New Zealand is one of the most recognized figures in British society.

Anouska Hempel was an actress with a career in film really short.
His debut as actris was in the movie the kiss of the vampire in the year 1963.

One of the most important roles was in James Bond had it was one of the "angels of death".

She make a change to…

I´m Diego Cruz, i wrote you this letter to remind you that you made a reservation in fabulous Victoria Hotel, you have to arrive on September 5 at 6:00 am and the check out date is September 19 at 6:00pm.
I wrote you this email to remind you, because you are one of our gold members and you have a lot of coupons in all of our hotels, but the Victoria Hotel is the more…